I consider myself a connoisseur of terrible movies, an Austenite, and mildly interested in zombies, so there was no film that I as more excited to see this year than Pride and Prejudice and Zombies.

I wasn’t let down – it was a hot mess – but is it a hot mess worth watching? That will depend on how much you enjoy any of its definitive elements.

First, you have to love bad movies, Pride and Prejudice, and zombies. There’s no way around that. It’s not a good movie by any stretch of the imagination; the zombie designs are appropriately gross and their heads explode nicely, but the acting is only okay, some of the costume choices look like an anachronistic costume closet dump, the plot is so jankily handled that it reads like Pride and Prejudice Spark Notes with a few pages ripped out, and with two notable exceptions, nearly every role is horribly (and hilariously) miscast.

Jane was hard to pick out from the other Bennet sisters because all of them are generically pretty (except Mary, who was perfect). Bingley looked like an escapee from a boy band. Wickham looked like Gaston’s smarmy middle-aged cousin. Mrs. Bennet is the best-looking and least-annoying Mrs. Bennet ever (so, not Mrs. Bennet at all. More like a Real Housewife of Longbourn), and Mr. Bennet is Tywin Lannister (and Havelock Vetinari!) but spends the whole movie looking harried rather than doing anything remotely interesting. He doesn’t even have good sass. Honestly, the awfulness of the casting went to such depths that I wondered if it was intentional, but even if not, it becomes one of the funniest parts of the film.

That said, two bits of casting were perfect (if not entirely accurate): Matt Smith has the admirable distinction of being the only likable Mr. Collins in the history of P&P, managing to turn a truly cringe-worthy character into someone absolutely adorkable. For real, I’d tap that Mr. Collins.

Matt Smith brings the added advantage of letting the viewer imagine the movie as a lost literary episode of Doctor Who.

Let’s be honest; that eyepatch is the best character in this movie.

But you have to know that Catherine de Bourgh is an old arrogant fart to begin with to even appreciate what she does, which highlights one of the film’s legitimate problems.

It’s not enough to have read Pride and Prejudice and Zombies or even Pride and Prejudice itself. You almost have to be steeped in the teas of Pride and Prejudice fandom (miniseries, movies, and all) to get any true enjoyment out of this movie – either so you can appreciate the parody when it happens well (i.e. Catherine de Bourgh), or so you can appreciate when it goes wrong (i.e. in how not-Colin Firth Mr. Darcy is). Someone involved in production was obviously a P&P fan because they knew to include a scene of Mr. Darcy jumping into a lake. I don’t think enough people involved were fans, though. Otherwise Mr. Darcy would have been hot and Wickham would have at least been deceptively good-looking.

The film has some tonal issues, too. It can never decide whether it wants to be a tongue-in-cheek action movie, a straight-up parody of P&P and its fandom, or a clever piece of alternate universe fiction. This is a movie in which the opening scene clearly and expertly sets up the alternate circumstances of this universe (Mr. Darcy, a skilled zombie hunter in this fiction, crashes the hell out of a party where a zombie is present) and the first battle scene sets up the Bennet sisters as certified zombie-killing badasses. There’s also a lot of hinting at the possible intelligence exhibited by the zombies in question, but before any of that can be explored, the movie quickly shifts away from it, hurries through iconic P&P scenes, or leaps to a forced bit of humor (Did we really need to hear Charlotte Lucas snoring that long?).

Fortunately, not all of the humor is forced. The simple premise of combining Regency England with zombies naturally makes the film hilarious, and I have to admit I spent most of the film laughing entirely at small changes that were made to the Regency environment – estates surrounded by brutal-looking spikes, ladies of quality talking about martial arts they studied in China or Japan, Mr. Darcy himself being a prized zombie hunter rather than just rich, etc. The exaggerated extent to which some characters are played is brilliant, too. You know exactly who Charlotte Bingley is the moment you see her sour face at the Netherfield ball. Mr. Darcy’s sickly sister Georgiana communicates entirely through groans. When Mrs. Bennet embarrasses the family, she does it hardcore, sprawled all over a couch like a drunk socialite. And then there’s the iconic proposal scene, wherein Lizzie answers Mr. Darcy’s backhanded offer with a fistfight. And Catherine de Bourgh’s subsequent (and in this case, literal) attack on Lizzie, wherein Lizzie beats de Bourgh’s thug by dropping a ceiling on him.

Really, the film is at its absolute best when it’s parodying the novel of manners Austen fans have come to know and obsess over. It loses a lot of its entertainment value in its second half, where it diverges from both sets of source material to become a more drama- and action-oriented film. While some of its changes were admittedly cool (avoiding spoilers, St. Lazarus), they would have worked better in a film that viewed itself as serious alternate fiction from the get-go, rather than a comedy. And let’s face it, all of us are going to see this movie for the comedy. None of us are going to see it to watch Lizzie cry dramatically over Mr. Darcy’s unconscious body on an exploded bridge.

All this said, Pride and Prejudice and Zombies is certainly not for everyone. But if you’re one of those readers who leapt with joy at the announcement of the book and then did an astonished happy dance at the announcement of the movie, you already know it’s for you. It’s not nearly as good as it could have been, but let’s face it, at the end of it all, we have both this and Abraham Lincoln: Vampire Hunter, which is more alternate history/classic movie weirdness than we ever thought we’d get. It’s not for everyone because it was made for us, and that makes it a special movie.

Still one that’s better watched on Netflix than on the end of a $15 movie ticket, though.

P.S. Here’s the perfect Mr. Darcy and the perfect Lake Scene because no way am I going to pass up an excuse to post this masterpiece.

Untangle the past to save the future. NOW AVAILABLE from BAEN BOOKS! 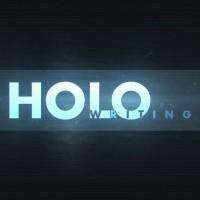