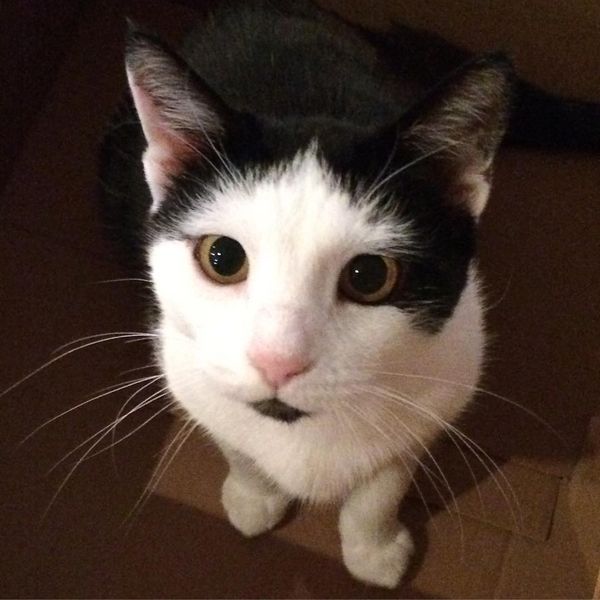 If you follow our Instagram, you’re familiar with Nova, Novabun, NovaNO, Catboss of Holo Writing, Occasional Typo Inserter, Blesser of Shoes, Stealer of Socks and General Queen of House Holo, but you haven’t heard the tale of how she earned those titles.

This is that epic tale.

This is a story of two people:

One who politely tolerates animals, but would rather not put up with their mess.

And one whose first adult purchase was a house, whose second was a cat to put into that house, and who renovated her house so her cat could have maximum windowsill space on which to stretch out. And then got another cat.

This makes “I love you more than cats” the highest compliment the latter could have paid to the former.

This makes her decision to ease her cats from indoors to outdoors that much more meaningful.

This makes the fact that that they ran away right after discovering the wonders of outside that much more crushing. 😭

But as the latter said to the former, “I love you more than cats.”

This did not mean she would stop trying to adopt a new cat. 😈 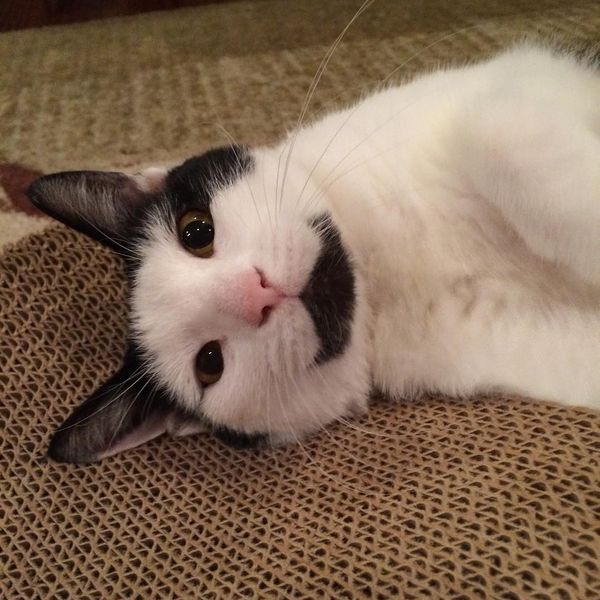 H.P. here. I entered adulthood like any women’s-college-educated millennial feminist, which is to say that I assumed I would spend my life assembling a horde of cats so that I might one day achieve my final form as Craziest Cat Lady Who Don’t Need No Man.

Then I met Jacob, who was basically Me But An Engineer And Also Organized, and figured my first plan was hecka boring by comparison.

But see, the thing about Jacob is that he’s tidy. Not fold-your-underwear and line-up-all-your-socks tidy, but definitely tidy enough that the sight of all the cat hair in my house on our first date made him wonder if maybe he had not in fact found his soul mate.

Spoiler Alert: He had. He just didn’t realize it until later.

I didn’t realize it until later, either, when it occurred to me that I’d be willing to move my cats outside, should sharing a house with Jacob ever be a thing that happened.

Spoiler Alert: He proposed, and it did, and so I began the process of introducing my cats Locke and Peek to The Outside.

Problem was, Locke and Peek enjoyed The Outside a little too much, and the first day I left them alone, they ran for freedom. It was a sad loss right before the wedding, but as a cat lady, I fully understand: cat’s gotta cat.

Throughout the early part of our marriage, Jacob and I mostly talked about three things: writing, video games, and why I deserved a cat. The latter was a very one-sided conversation.

See, where Jacob is 100% tidy, I and 100% NOT, and Jacob didn’t want to put up with both wife mess and cat mess, especially since he was statistically unlikely to enjoy any cat.

So we came to an agreement: We would get a cat when I either 1) fully cleaned the house to his satisfaction, or 2) finished The Wizard’s Quartet.

Jacob thought he was being clever because 1) was unlikely to ever happen and 2) would very likely happen, but would at least buy him a few guaranteed years of cat-free life.

He did not plan for Nova. 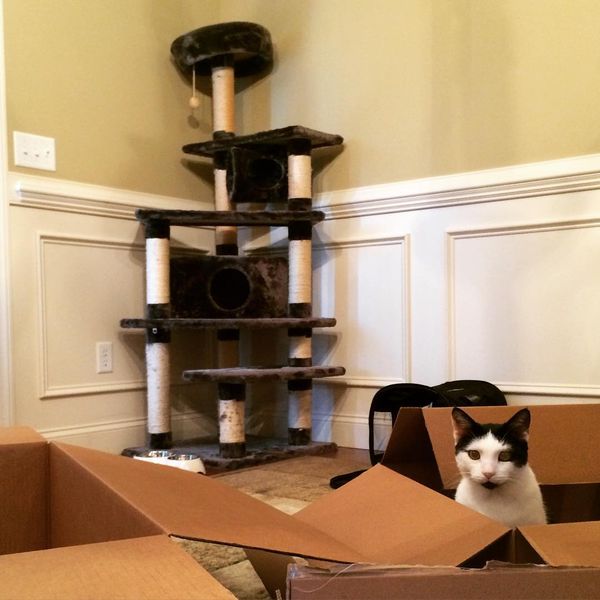 Life happens, and so does sh*t, and both happened to us for a taxing year. In June 2014, I was diagnosed with melanoma, the most aggressive form of skin cancer. We caught it early enough that, after months of worry and doctors’ visits and surgery, it was fully eliminated, but the fact that it crept into my body from a mole that had been on my leg since childhood was rattling. And then, immediately after, we received the news that one of my grandmothers had left a similar weird skin spot unchecked. It turned out to be a melanoma, and it had developed into terminal cancer.

There are few experiences more disturbing than learning what you’re likely to die from and then having to watch as someone you love dies from that exact same thing. Her condition in her final days was such that, when she passed on Christmas Eve, the family all cried, but also released breaths we’d been holding for months – relief that she was no longer suffering.
Well. Most of us did. At the time, I saw too much of my own possible future in it.

Even though my personal experience with melanoma ended as well as cancer possibly can, those combined experiences unlocked a fear of every minor pain or ailment that rose up in me. Since cancer doesn’t necessarily hurt until it’s too late, I began to obsess over every minor unusual ache, wondering if each one somehow indicated a cell of melanoma that had escaped and metastasized into the hidden tumor that would be my undoing. In reality, most of these aches were simply weather or aging pains, but when one’s body is faced with its own mortality, one’s brain doesn’t necessarily handle it in a logical way. Those worries thus compounded and cumulated in the emergence of Generalized Anxiety Disorder, an ailment which affected me far longer than the cancer that incited it. 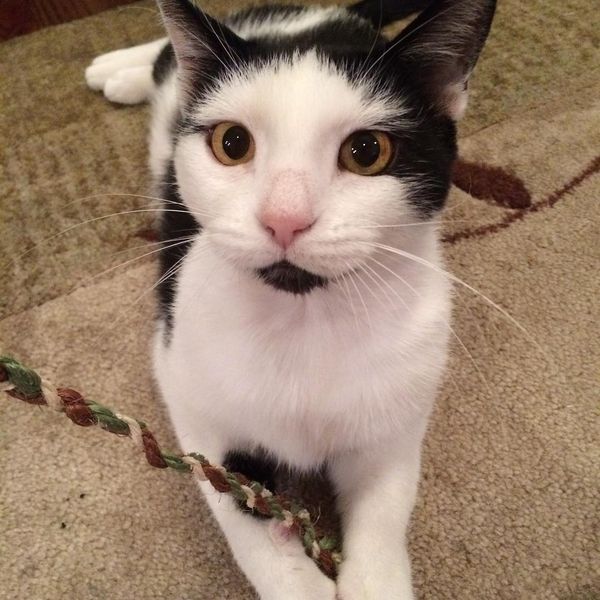 Fast forward to July 2015. The cancer is done; the anxiety is in the process of being handled.

My intense desire to hug every cat is no secret, and it’s not uncommon for friends to send me info about cats in need of adopting and spoiling. Out of respect for Jacob’s emotions – after all, I’d put him through enough in the past year, and he’d been a marvelous support – I’d stopped asking for a cat.

Over the past several weeks, a cute little stray cat had come to visit her condo, deliver sweet little cat blessings, and then spirit off on her cat adventures, as cats do.

Until the day she visited with a massive gash torn in her side. 😧

To this day, we’re not sure what happened – most likely a fight with a dog – but luckily Jennifer was able to take her to That’s What Friends Are For, a local organization that provided the funds to stitch her up.

Jennifer wanted to keep the cat – who she’d named Nova by this point – and offered to house her while she recovered at the very least. However, it was not to be. Jennifer already had two other cats, and these cats were Not Having Nova.

Thus the Facebook post. Jennifer was willing to keep Nova until she healed, but wanted to be rid of her by early August, for both her family’s sanity and that of her cats.

Even in those sad surgery photos, Nova had an ineffable sweetness that curled up right in the space left by my old cats – and by all the stresses I’d been through in the year prior – so, daring to be optimistic, I asked Jennifer for more details about Nova. In the process I learned of her ever-gentle manner, her talkative affection, her general cleanliness, her hesitance to even scratch – all in more detail than I’d ever learn from a shelter or adoption center. I knew that this would be our cat.

Of course, Jacob said no.

I began subtly, sending occasional cute gifs of cats, often with captions like “This could be life with Nova.”

Then I upped my efforts. I began to send articles about how research showed cats to be reliable stress-reducers (a significant point for me back then), among other data-backed points. Engineers love data.

Nova was even named for a Starcraft character – his favorite tournaments to watch on YouTube at that time – and as far as I was concerned, a coincidence like that could be nothing but fate.

At this point, Jacob began to see how serious I was about this cat, and so modified his earlier ultimatum: If I cleaned the house and kept it clean for a significant length of time, I would be a step closer to earning my cat.

He didn’t think I would do it.

But as the deadline approached, Jacob still wasn’t sure.

So I pulled out my nuclear option. 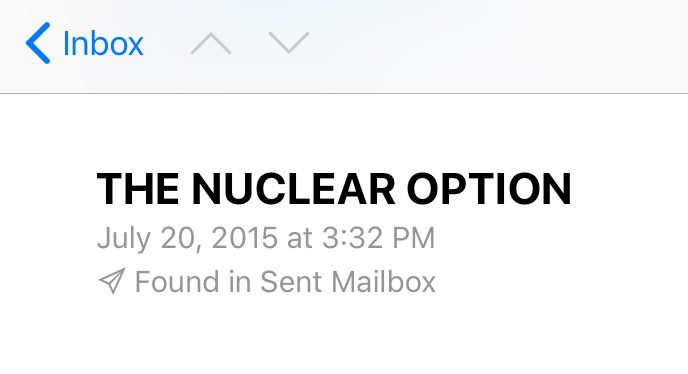 Your happy cry this morning set me to thinking about all the awesome and not so awesome stuff we’ve been through in the short time since we married.

Namely that time during cancer summer when we thought my cancer might be terminal. I planned on doing something practical like quitting work and finishing my novel…but you, knowing how much I wanted a pet, wanted to get me a cat with which to spend my last days.

BUT ALSO THAT IS TOTALLY UNFAIR THAT I KICKED CANCER’S BOOTAY AND AM ALL SORTS OF ALIVE AND STILL DO NOT HAVE A CAT.

P.S. Here is a hovercat in case that made you sad.

I love you!
HP

I picked up Nova that weekend.

That’s not even the end of it.

For though Nova was supposed to be My Cat, we discovered within a week that Jacob is The Cat Whisperer and his lap is apparently far superior to the lap that drove for hours on end to pick her up and bring her to her new home in another state.

Only He can feed her.

She knows what time He comes home and waits at the door for him.

When He sits anywhere, she is on his lap in 2 seconds. We’ve timed it.

When Jacob’s not home to feed her or be her throne, she looks at me like “Well, I guess you’ll do.” 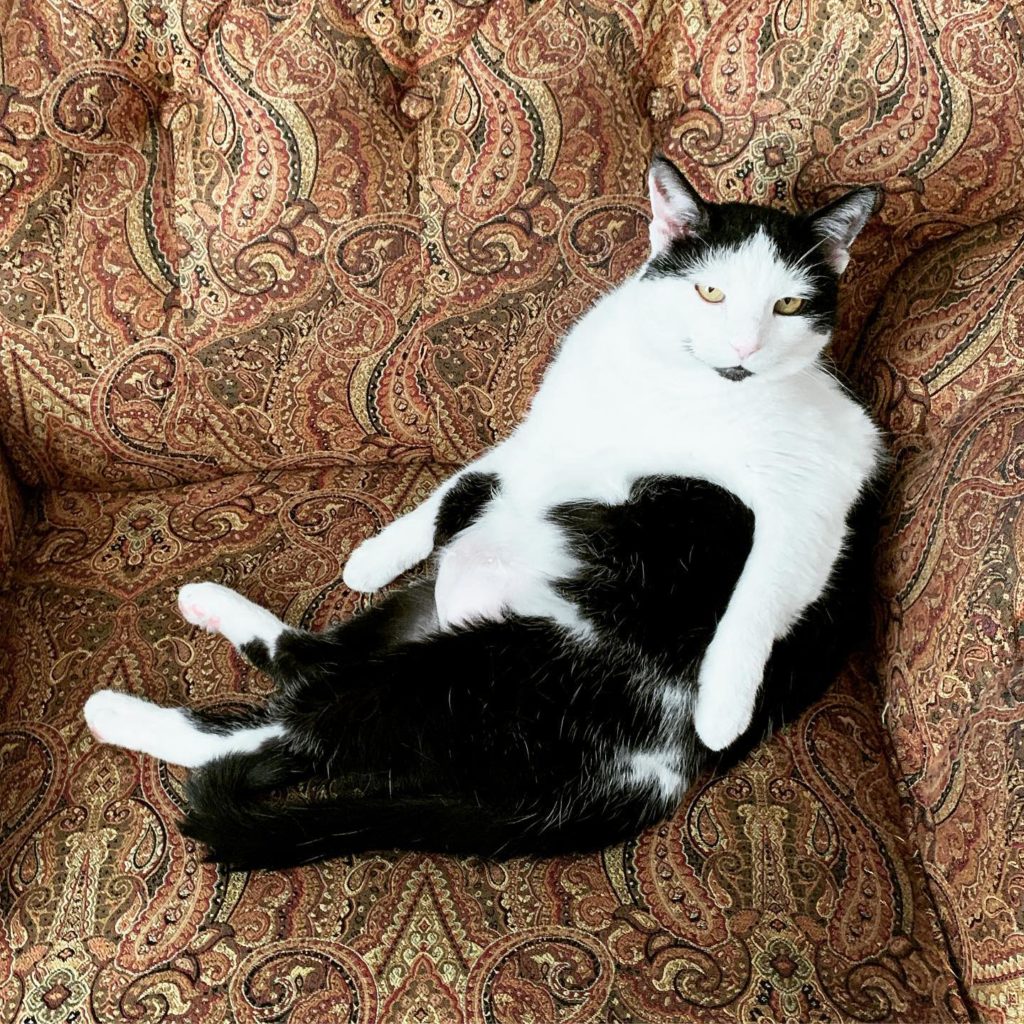 But then she cuddles up with me all the same. She is, after all, sweetness incarnate, and Jacob and I wouldn’t have her any other way. ☺️

BTW, if you’re the donating type, please consider donating to That’s What Friends Are For (or your local animal shelter). Without them, our little catboss wouldn’t be alive right now, and we’re eternally grateful for the services they provide. 😊😊😊